In this gallery, parts of a hotel in Tskaltubo can be seen. Tskaltubo was one of the most important spa locations in the Sowjet Union. However, the spa is decaying since the collapse of the Union. In this hotel were refugees from the conflict between Georgia and Abkhazia and only parts of this huge complex remain empty. The old cinema as well as some other rooms are no longer being used and offer a small impression of this magnificent building. 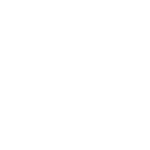